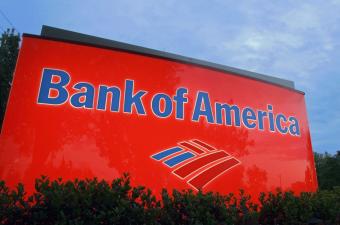 Just got a call from a nice agent in Danville.  She called me off my website; the Sacramento Short Sale Center at wereheretohelp.org…  she was doing Google searches for information on California deficiency law as it relates to short sales and foreclosures in California,and came across my site by doing a search for California Short Sale Deficiency Laws–  she was trying to gather information on how to react to a short sale approval letter from Bank of America that contains deficiency language.
She kinda figured I would be a Specialized Short Sale agent and was sure I was familiar with California Deficiency Law and how it relates to Short Sales and Foreclosure law  in California.  She introduced herself and asked if I could help her find some information on California Short Sale Deficiency Law and how it relates to short sale approval letters coming from Bank of America.
So I asked some questions; she has a client who she has been working with for a couple months, they have a first lien with Bank of America, it is a first loan only (no second mortgage) and the loan is original purchase money. The home is the client;’s primary residence. I know you can negotiate a Bank of America short sale approval letter without deficiency, in this hoemeowner’s case- however, it is not easy.
I also asked her about HAFA; HAFA; the latest government short sale program strictly states that there can be no deficiency language in the approval letter coming from the banks or lenders. Find out more about HAFA here: Search  and review the entire Archive for the ‘HAFA GUIDE AND HAFA NEWS’ Category.
This was not a HAFA short sale; The approval letter from Bank Of America clearly states that the lender reserves the right for deficiency on the mortgage and the client doesn’t want to sign it.
Don’t blame them
The agent has been working on the file for months, as I said and she was trying to find some way to talk the client into going through with the sale even with  the deficiency language from Bank of America.
I told her that as far as I know; because it is the original purchase money loan, and it is homeowner occupied; current California Law reads that Bank America cannot pursue a deficiency judgment. But most of the time, the folks you are dealing with at Bank of America don’t know this and don’t care- the file must be escalated to a , manager, to legal, or to the office of the CEO.
She asked if I knew of a good attorney to talk to about the issue and I said that yes I did, in fact I have several; however none of them would ever tell the client to sign the agreement, they would just explain the California Deficiency Law and the alternatives and let the client decide themselves… in the meantime, the agent should escalate the file to the legal department and try to get the short sale deficiency language removed.  One of the best sources of California Foreclosure, Short Sale and Real Estate Law, and deficiency information in the Sacramento Area is Stevebeede.com and as he says: “For example, in California where we practice law, if the loan in question is a purchase-money acquisition loan for a 1-4 unit property in which the borrower lived, that loan is non-recourse as a matter of law.”
You see; I explained, the banks position is that even if the home goes through foreclosure, they will take the same position on deficiency; THEY MAY PURSUE A DEFICIENCY JUDGMENT EVEN AFTER FORECLOSURE! They probably certainly wouldn’t now because there are California state laws that protect defaulted homeowners from deficiency, but they could still pursue it!  No matter if they do a short sale, foreclosure or even loan modification, the bank will take the same position!  They want to jockey for the best possible position no matter what and give their investors the leading edge.
Again, as of right now, every attorney I have ever asked says there is no deficiency for purchase money, homeowner occupied first loans in California, but the bank will never concede to agreeing to that, until you get the file to upper management, and even then you may not get it done!
What if the state law for some reason were to change and allow deficiency judgments?  How would Bank of America answer to the investors that they service?  They are just not going to do that!
So the homeowner is right back at the original position and the original decision; Short Sale vs. Foreclosure? What are the benefits of a short sale? You are right back to the exact same question; the only benefit in this case would be the borrowers credit score, rating and ability to buy again… just keeping the foreclosure off the record. Because as far as deficiency is concerned, short sale is just like foreclosure– the banks and servicers have exactly the same rights!
More questons on your particular situation? Contact us Today At Forth Hoyt’s Sacramento Short Sale Center.
Share