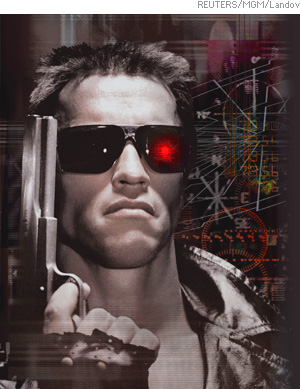 Crazy to even immagine; but California so far is not extending their mortgage debt relief act…

SACRAMENTO, Calif. — What should have been a legislative afterthought is threatening to become a financial purgatory for thousands of California taxpayers hit by the housing crisis.
With less than a month until tax filings are due, struggling Californians who received mortgage modifications or lost their homes in short sales or foreclosures last year face the prospect of huge state tax bills. That’s because legislation that would prevent their canceled debt from being treated as taxable income is caught in the latest budget spat between Gov. Arnold Schwarzenegger and state lawmakers.
Schwarzenegger, a Republican, said this week that he would veto a tax bill passed by majority Democrats. Among other things, the legislation would have mirrored federal tax relief given to those who had mortgage debt forgiven in 2009. In previous years, the state conformed with federal law.
Business groups have objected to an unrelated provision in the bill dealing with penalties for tax fraud, and that prompted Schwarzenegger’s veto threat.
The governor has asked the Legislature to pass a separate bill dealing solely with the mortgage issue so he can sign it before April 15. Democrats, the majority in both houses of the Legislature, appear to be in no hurry.
If no bill is signed in the next month, San Diego resident Kate Dalcour said she and her husband could be on the hook for nearly $16,000 in additional state taxes.
Dalcour’s husband bought a condo for $300,000 in 2007. Because of a pay cut, he was forced to sell it in December for $175,000 less than what he owed on it.
“It’s awful and kind of scary,” said Dalcour, a 29-year-old behavioral therapist. “This is money that California would not expect to get under normal circumstances, and it’s not very fair.”
The political standoff is unfolding in one of the states hardest hit by the real estate crisis.
California had the nation’s fourth highest foreclosure ratelast month, when one in every 195 housing units there received a foreclosure filing, according to RealtyTrac Inc. The Irvine, Calif.-based foreclosure listings company listed Nevada, Arizona and Florida as the top three states.
According to the National Association of Realtors, 24 percent of home sales nationwide in January were foreclosures, and 14 percent were short sales.
In a foreclosure, a bank typically ends up taking the property after the homeowners fail to make payments on their mortgage. A short sale happens when sellers owe more than the house is worth, and the lender is willing to accept less than the mortgage balance to get out of the investment.
Banks may opt for short sales as an alternative to going through the longer foreclosure process and risk having the property sit empty for months.
Depending on the type of loan, the government can consider the forgiven debt as income and tax it. In California, most first mortgages to buy a home aren’t affected, but homeowners can face big tax bills if they default on some types of refinance loans and second mortgages that let them cash out equity.
Congress responded to the growing problem by passing the Mortgage Forgiveness Debt Relief Act of 2007, which prevented homeowners from being liable for their canceled debt. The act prohibits such federal taxes through 2012.
California matched its state tax laws to the federal act in 2007 and 2008. It has not passed an extension for 2009, which has left many short sellers in limbo.
Conforming California to the federal standard would help an estimated 16,000 people who have mortgage debt forgiven between 2009 and 2012, according to the California Franchise Tax Board.
Real estate agents said California’s political leaders need to act because the tax liability will hurt families trying to reassemble their lives.
“These are people who lost homes, and you expect them to pay $20,000 in taxes?” said Elizabeth Velasco, a real estate agent with Warren Realty who specializes in short sales in Sacramento and the San Francisco Bay area. “They can’t even put food on the table.”
Dalcour, the former condo owner from San Diego, is hoping the Legislature will separate the tax relief provision from the rest of the bill so thousands of Californians won’t get tangled up with huge tax liabilities while the state’s economy is doing so poorly. California’s unemployment rate has been above 12 percent for months.
In a letter to state legislative leaders, Schwarzenegger said he asked for legislation that would protect homeowners, only to receive a bill that “uses these homeowners as leverage to increase tax penalties for businesses.”
“They put in a bad element to an otherwise good bill,” said the governor’s spokesman, Aaron McLear.
Senate President Pro Tem Darrell Steinberg blamed the governor. He said Schwarzenegger has fallen into the hands of big business by objecting to a provision in the bill that would penalize companies for underreporting their taxes or overclaiming tax credits. The provision conforms with federal tax rules signed by former President George W. Bush.
Steinberg, a Democrat from Sacramento, said he will continue to push for tax penalties on individuals and businesses that commit fraud, but he would consider sending the governor a separate bill.
“We are not going to sacrifice people who have worked very hard and are unfortunately on the verge of losing their homes,” he said. “We’re going to do right by them.”
From Associated Press- By JUDY LIN (AP)
More Reading on the subject:
Walking away from your mortgage has consequences
Correa fights to extend tax relief to Californians mired in mortgage debt
California Could Tank Short Sale Stimulus