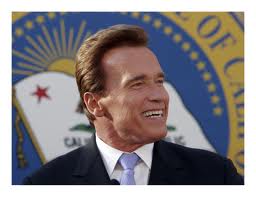 New Government Foreclosure Prevention Program Eligibility- Which Programs Do You Qualify For?

California Gov. Arnold Schwarzenegger signed senate  bill SB931 into law Oct. 1.  The new short sale law prohibits mortgage holders from pursuing deficiencies after a short sale has been accepted. The law covers all first mortgages, and applies whether or not the property has been refinanced.
Before S.B. 931, many distressed homeowners who sold their homes for less than the owed amount were still in danger of owing the amount bank was shorted, or the deficiency; only loans for “purchase money” were safe.  Sometimes lenders were giving deficiency waivers, but now it is required by law.
Read more about this new law: New Deficiency Protection For Sacramento Short Sales; SB 931 Protects All First Mortgages
Questions about your particular situation? Contact us Today At Forth Hoyt’s Sacramento Short Sale Center.
Another bill; S.B. 1178 was vetoed by Schwarzenegger.This law would have retroactively extended California anti-deficiency protection to borrowers who refinanced. Schwarzenegger said signing the bill would have fundamentally altered and impaired the nature of previously negotiated mortgage loan contracts.
He said the bill would have encouraged borrowers to strategically default.
“Fundamentally altering the nature of a contract after its consummation is a bad precedent and will provide uncertainty for future lending transactions,” Schwarzenegger said.
SB 931 and subsequent Civil Code 580(e) were supported by the California Association of Realtors, although they said the bill did not go far enough because it doesn’t protect  short sellers from attempts by junior lien holders — owners of notes associated with so-called “piggyback loans” — from seeking a deficiency judgment.
New Government Foreclosure Prevention Program Eligibility- Which Programs Do You Qualify For?