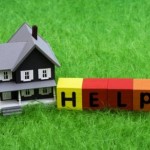 WASHINGTON – The U.S. Department of the Treasury and the Department of Housing and Urban Development (HUD) today released February data for the Administration’s Home Affordable Modification Program (HAMP). As of the end of the month, more than one million borrowers were receiving a median savings of $500 each month – a 36 percent median monthly payment decrease. Permanent modifications have been granted to 170,000 homeowners and an additional 91,800 permanent modifications have been approved by servicers and are pending only borrower acceptance.

These are some troubling numbers… Only about 12% Success rate!

Here’s some exerpts from DSNews article:

It’s been a year since the government’s Home Affordable Modification Program (HAMP) was implemented and only 170,207 troubled homeowners have received permanent loan restructurings. The number of modifications in the permanent column did increase 45 percent from 116,297 in January, but it’s still a mere drop in the bucket when you consider the Treasury’s own estimate that there are currently 1.8 million borrowers who are behind on their payments and eligible for the program.

According to the administration’s February HAMP report card released Friday, more than 1.3 million homeowners have received offers for trial modifications, and the Treasury says this represents 34 to 45 percent of the administration’s goal of 3 to 4 million offers extended by the end of 2012. But the sticking point still seems to be in converting trials to permanent status.

As of the end of February, the Treasury says more than one million borrowers were receiving a median savings of $500 each month – a 36 percent median monthly payment decrease. In aggregate, the administration calculates that homeowners have saved over $2.7 billion through trial and permanent modifications. Upon completing one year of on-time payments per HAMP guidelines, borrowers are eligible to earn up to $1,000 to be applied to their outstanding mortgage balance.