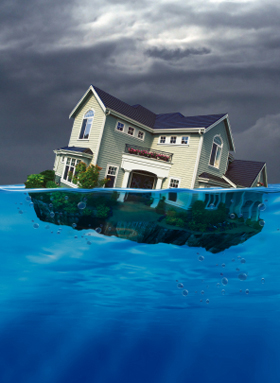 12.33 percent of the Sacramento’s homeownerswho have a mortgage are either in foreclosure, have lost their homes or are three months late with the payments
The first national decline in foreclosures in five years, reported in April by RealtyTrac was hailed as a sign that the housing market could be recovering.But concerns about the future linger, as experts say the foreclosure numbers don’t paint an accurate picture.
That’s because the number of people who are more than three months late on their mortgage payments has continued to escalate without sign of a slowdown. These are homeowners who could be facing foreclosure, but for a variety of reasons their lenders have not initiated foreclosure proceedings.
In Sacramento, almost 9 percent of all homeowners with a mortgage are 90 days or more delinquent, but are not yet in foreclosure, according to CoreLogic, a mortgage risk assessment firm that reports such figures monthly.
The company said the capital region has a higher rate of non-payment than California and the nation.
“It is a cause for concern in Sacramento and other cities because it is foreshadowing what is to come,” said Sam Khater, senior economist for CoreLogic, when asked to analyze the potential impact of the 90-day figure. “Even though foreclosure and (bank-owned) rates are beginning to stabilize, we’re continuing to see an increase in 90-day delinquency, and that is an indication that more trouble could be in store for the housing market.”
The firm did not release the total number of Sacramento loans that it tracks, but its figures mean thousands of mortgages have gone unpaid. The number has increased every month since at least January 2009.
That appears to tell the opposite story from foreclosures alone. Last month, RealtyTrac reported that households facing foreclosure in April fell 2 percent from a year earlier, which many noted was the first year-over-year decline since 2005. It was welcome news for people searching for signs of an improving economy.
But those in the real estate industry say unpaid mortgages represent a huge “shadow” inventory of distressed properties, many of which could return to the market as foreclosures or short sales.
“I think the powers that be are aware of the situation, but they’re trying to be optimistic to maintain consumer confidence,” said Andy Firoved, chief executive officer of CounselorDirect. “I anticipate it will be several years before we see a truly stabilized situation. The legs on this thing keep running.”
CounselorDirect is an Orange County firm that provides software and helps build websites for nonprofits that counsel homeowners on avoiding foreclosures.
One reason foreclosures are down is that the Obama administration has pressured lenders to find alternatives to foreclosure, and has launched programs that offer temporary loan modifications in the hope that homeowners can continue to make payments. But Firoved said many of those who receive temporary modifications never get the permanent relief and risk losing their homes anyway.
More homeowners also seem to be contemplating strategic defaults, where they can afford their mortgages but choose not to pay them.
“It’s no longer taboo to miss mortgage payments,” Firoved noted.
Sacramento, like much of the nation, has seen foreclosures decline. The percentage of homes repossessed by banks in March has fallen slightly compared with the previous year, down to 0.87 percent in March from 0.94 percent in March 2009, CoreLogic reported. The company reported 3.43 percent of Sacramento-area home­owners are in the foreclosure process, or had their homes repossessed by lenders. But almost three times that number are 90 days delinquent on payments but not yet in the foreclosure process.
All told, 12.33 percent of the region’s homeowners who have a mortgage are either in foreclosure, have lost their homes or are three months late with the payments.
A CoreLogic spokesman said the company has limited data to accurately predict how many of those who are 90 days delinquent will ultimately enter foreclosure.
Despite encouraging signs this year, real estate agents are maintaining a rational assessment of the market.
Doug Covill, a Realtor with Coldwell Banker, noted that the slowing pace of foreclosures and often cumbersome process involved in short sales have led to a tight inventory of homes for sale. Home prices have stabilized over the past year, due largely to that small inventory.
“It’s clear we still have a problem,” Covill said. “The ones in Sacramento who are upside-down thousands of dollars on their house, at some point they’re going to make a business decision.”

What is probate and where did it come from?

Probate: Both a Process and A Place

Is your local real estate market beginning to shift?