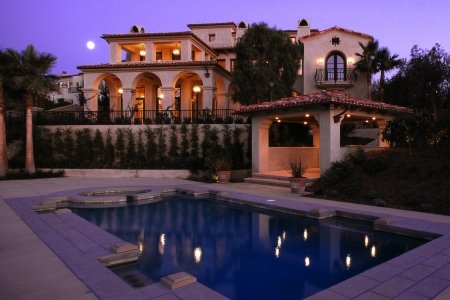 Loan Servicers Say They Are Busy; Backed Up Trying to Keep People in Homes

Loan Servicers Say They Are Busy; Backed Up Trying to Keep People in Homes

Loan Modifications and workouts have More than doubled in the past year! But they are being driven by more prime borrowers going delinquent. It has always been clear to me that this would happen as soon as the ARM’s and Pick-A-Pay loans started resetting. These borrowers are high income, high credit score homeowners who are obviously more likely to contact their bank and try to stay in their home. So becouse of the Governments newest push to keep people in their homes and homeowners who want to stay, Modification numbers have more than doubled.  Instead of walking away and giving the banks no alternative to taking the property back, these Homeowners are working with servicers and are being more and more successful in finding alternatives to turning the property over to a new buyer.
Described by many homeowners as “the fight of their life”; a loan modification is no  easy task. Homeowners must work with loss mitigation personell who are new to the industry, mostly young and inexperienced who are working with brand new, unproven systems.
I did a search today on Foreclosureradar.com; pulling the numbers on homes in Sacramento County with an estimated value of over $450,000 that received Foreclosure Filings in the first three months of this year: 113
Same search for the second quarter of 2009: 256!  More than double!
It will be interesting to see if this trend continues and how many of these will actually sell as Shortsales or go back to the bank and how many are able to work out a modification.
According to an article today in the Washington Post;
The percentage of prime borrowers seriously delinquent on their mortgage rose 20.3 percent during the first quarter compared with the previous quarter. It was up 163.7 percent compared with the same quarter a year ago. In comparison, the percentage of subprime borrowers seriously delinquent rose only 1.5 percent during the first quarter. It was up 54.9 percent from the same period a year ago.
In a related article today in DSNews:
Loan modifications made by mortgage lenders and servicers spiked during the first quarter of the year, according to a report issued Tuesday by the Office of the Comptroller of the Currency (OCC) and the Office of Thrift Supervision (OTS). The regulators said the trend toward more sustainable modifications with lower monthly payments continued, however delinquencies and foreclosures on first-lien mortgages also climbed.
The agencies’ report, based on data from loan servicing companies that manage 64 percent of all first-lien U.S. mortgages, shows that the number of loan modifications made by these institutions significantly increased during the first three months of the year. Servicers implemented 185,156 new loan modifications – up 55 percent from the previous quarter and 172 percent from the first quarter of 2008.
Share