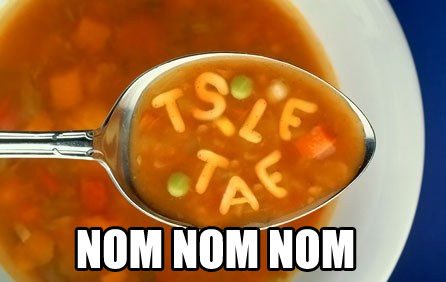 Bank of America/Countrywide  has a terrible reputation for negotiating on their second liens in a short sale.Same with IndyMac.  Will the new HAFA Progam make a difference? By the way; there are so many home retention/foreclosure avoidance programs with acronyms now, it’s hard to keep them all strait…

There’s the MHA program , the HAMP program,  the HFHA program,The TALF Program,TGLP, AMLF, HASP,  the NPV test, the HARP program among many others in the BAILOUT ACRONYM SOUP and now, the newest acronym and finally one that might make some difference for homeowners who need to sell with a short sale; the HAFA program or Home Affordable Foreclosure Alternatives Program.
An article from DSNews included this breakdown of the program:
To entice servicers to accept a sale on defaulted properties for less than the outstanding mortgage balance, Treasury is offering incentive payments of $1,000 per completed short sale. Servicers will also receive $1,000 for each deed-in-lieu of foreclosure.
Subordinate lien holders will be paid to release their claims on defaulted properties, up to $3,000 of the short sale proceeds as long as the primary investor agrees to share the earnings, and for this concession, the investor will also receive up to $1,000 from the Treasury. (so really, the first is only giving up $2,000.) For those second lien holders who want more than the $3,000 cap to relinquish their stakes, the Treasury said they can pursue a short sale outside of the federal program. Is this wherebanks like Indymac and Countrywide-  B of A will go? This may go a long way to get a second to sign off- with bofa they sometimes only give $2500 to get the short second to release.  This will encourage them to pffer more.
Homeowners who agree to a short sale or deed-in-lieu of foreclosure will get up to $1,500 to help with relocation, and must be “fully released” from any future liability, according to the guidelines.
The Home Affordable Foreclosure Alternatives Program (HAFA), as it is being called by the Treasury, was initially announced back in May, but was delayed because of concerns over legalities involved in the process and the rights of second lien holders to hold claim over the property. DSNews.com reported in October that the administration was readying guidelines for the program, and yesterday, they arrived.
Share