Even Treasury Says: HAMP is failing! 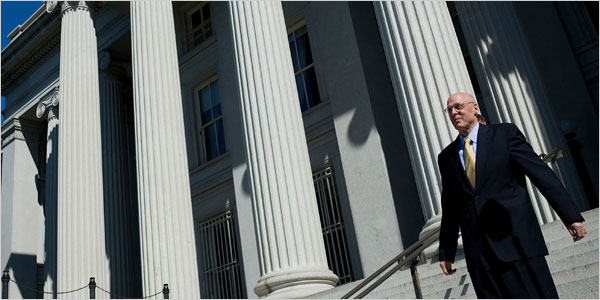 Just got off the phone with another upside down Sacramento homeowner that was denied a  HAMP loan modification. Just so happens that I got an email today from Chris Mcglaughlin, that basically says that even the Treasury, the inspector of TARP and even the assistant Treasury secretary for financial stability have all agreed it isn’t working the way it was supposed to…

Read the email from Chris McLaughlin:
Treasury:  HAMP not working
We’ve reported the failure of  HAMPmany times before, but now even senior insiders are piling on.  Neil Barofsky, special inspector general for the Troubled Assets Relief Program (TARP), said in a report issued yesterday that Treasury now expects only 1.5 million to 2 million homeowners to get mortgage relief (as opposed to the 4 million it initially claimed).  So far, fewer than 200,000 have actually graduated from the trial program into a permanent modification, and the inspector general’s report warned that many borrowers are at risk of redefaulting on their mortgages even after receiving help under the federal program; many owe significantly more than their homes are worth, or have second mortgages or other debts.  Barofsky expressed skepticism that offering modifications was a meaningful goal. In a response included in the report, Herbert M. Allison, assistant Treasury secretary for financial stability said the program “should be measured by how many eligible homeowners  are able to avoid the pain and stigma of foreclosure by reducing their mortgage payments to affordable levels while either remaining in their homes or transitioning with dignity to more suitable housing. The number of permanent modifications is one element, but not the only element of gauging the success.”  Huh?  So the problem is not that it’s failing, but rather that Barofsky is not measuring its lack of success the right way?  Even Treasury knows that’s nonsense, which is why Allison  added that permanent modifications are only one way to help struggling homeowners, noting servicers’ own foreclosure prevention initiatives and alternatives such as short sales.  I should also note that permanent modifications that do not include meaningful principal reduction will in all likelihood fail.
Share